Army officer swaps the military for a career in law 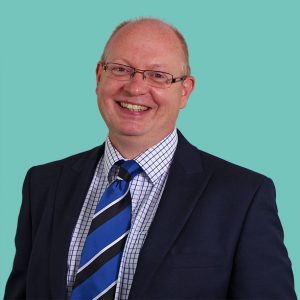 Mark Hood (left) spent 20 years in the armed forces but in 2015, he decided to change vocation and become a solicitor.  Two years on – having passed his Graduate Diploma in Law and Legal Practice Course at the University of Law in Bristol – he is now starting his training at Battens Solicitors, one of the most respected top Legal 500 law firms in the South West.

“I’d considered entering law when I was younger and came across it during my Army career, particularly when applying military law to the situations soldiers found themselves in, but it wasn’t until more recently that the time felt right for me to make the change,” explained Mark.

“The Army prepared me in many different ways for a career in the legal profession. I remember, during a presentation at a university open day, mentally ticking off the qualities a successful solicitor needed to have: the ability to prioritise intelligently, teamwork, working to deadlines, an ability to communicate ideas, flexibility, adaptability and integrity.  I could see that I had developed every one of those attributes during my time in the forces and I knew that my military training and the experience I had gained would stand me in good stead for my career change. That presentation really confirmed to me that I had a great deal to offer a future employer.”

Peter Livingstone, who heads up trainees at Battens, believes Mark’s military background gives him a fantastic chance of making a very good solicitor.

“Members of the armed forces, both by aptitude and as a result of their training and experience, have an approach to doing things which is slightly different from the norm. They are direct and pragmatic, clear communicators and problem-solvers.  They are excellent people to have around when you want to get something done.

“Battens is a great place for Mark to embark upon his second career, not only because we offer good flexibility, but because we can provide our trainees with early hands-on work, which means that they waste no time in getting stuck in.”

Mark is currently working in the Private Client department at Battens in Dorchester dealing primarily with Wills and Estates.