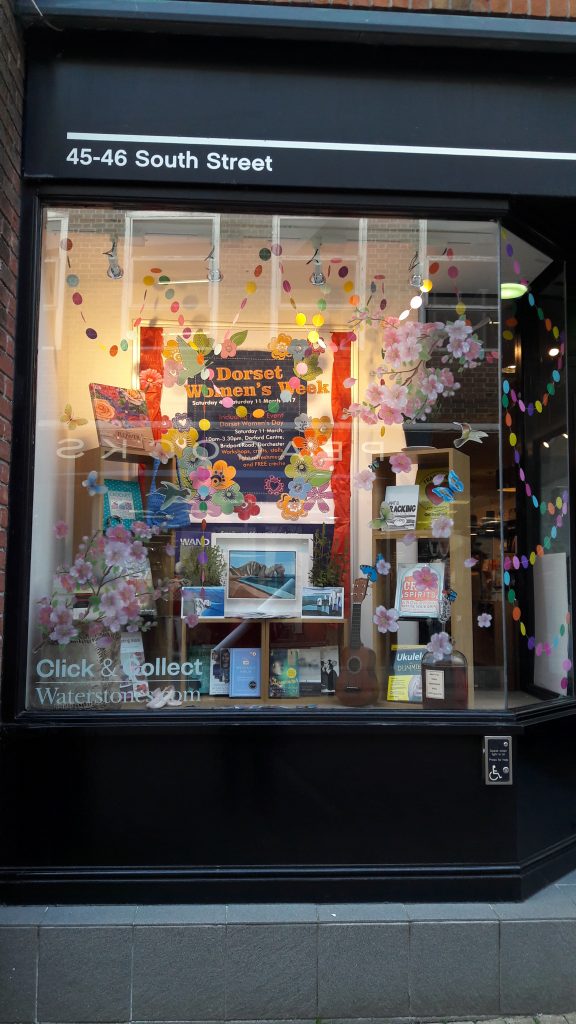 WAND (Woman’s Action Network Dorset) is proud to bring you their fourth Dorset Women’s week 3-10 March, following on from the success of the last three years. The theme is again Empowering Women – as we celebrate 100 years of women’s suffrage.

There are events and activities being held during the week either specifically for women or celebrating women as well as special offers, all with the aim of empowerment.

“Suffrage’ is the right to vote in public affairs and political elections,” says Tracey West. “It commonly marks the long and winding road that describes female emancipation and universal suffrage for women, which is being highlighted throughout February across the country.”

WAND is hosting a week of inspiring events that chime with the passion roused within the suffrage movement. It happens to coincide with the centenary of The Representation of the People Act, 1918, the commencement of which finally allowed British women over the age of 30, who met certain property qualifications, to vote for the first time. They went on to exercise that right at the general election later that year.

Activities taking place include a range of performances, workshops, film and talks at the Bridport Arts Centre, a wonderful guided walk with the RSPB at the Arne Nature Reserve, a presentation of The Boadicea of Britannia Street to raise money for Domestic Abuse Intervention Training, a concert of original, inspiring music from singer-songwriter Magdalena Atkinson.

There will also be opportunities to relax through mindfulness & yoga, a conference and awards evening celebrating Successful Women and a chance to learn and share life strategies in Lyme Regis.

Dorset Women’s Day, which is free to attend, offers a variety of treats including live music, freshly prepared lunches and 25 different workshops where you can try things as diverse as book binding, belly dancing, clay working, choir singing and ukulele playing. There is even the chance to learn how to sleep better. All workshops start at 10.45am – but to register you need to arrive from 10am. As well as the activities there will be nearly 30 stalls selling a range of delightful items and sharing information.

Find out more about WAND by visiting our stand at the event or visit www.wandwoman.org.uk where you can find the full programme of activities taking place during the week and on Dorset Women’s Day.